If you want life to change, change your story 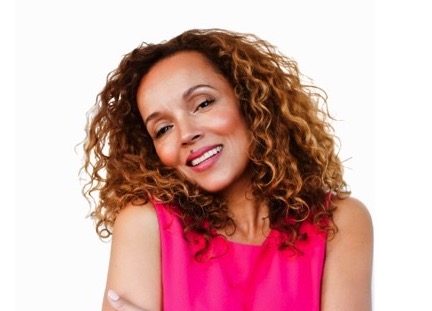 I used to be poor—my bank balance had little to do with it. I was soul-poor. I saw the world as a place of lack and unfairness. I constructed a whole story around it.

This was my story:

I’m broke. I don’t have money, talents, opportunities, people to help me, or hope. I’ve suffered much more bad luck than other people, too. It’s not fair. The deck is stacked against me. On top of all of that, I’m black. I have a child. I’m a drop-out. I’m on welfare. I am a victim. If only life would stop mistreating me, I could get out of this and do better, but it’s no use.

“If only someone would help me,” was my mantra, “but people don’t care about me. They’re greedy and selfish.”

One divine day, I shared my story with a lady in line at the grocery store. She gave me a smackdown that altered the course of my life.

She wasn’t moved by my plight. She couldn’t see my story. Instead, she saw a capable woman who’d tethered herself to a life of subsistence and waiting for someone to save her.

“Ditch the story and excuses,” she said, “Instead of demanding more from life, demand more of yourself. You can have anything you want, anything, but don’t expect others to bend so you can have it. Life doesn’t owe you anything and if it gave you what you want without you stretching, working, and reaching for it, you wouldn’t be able to handle it anyway. There’s nothing wrong with life, the problem is inside of you. Stop telling yourself how bad you have it, how unfair life is, and how you can’t do anything about it. Start figuring out how to get where you want to go and don’t expect anyone to make it easy for you. Rise up and change your story.”

I was stunned by her audaciousness and gall. I labeled her an insensitive b*tch and did my best to forget her, but I couldn’t escape her. I constantly heard her words in my mind. I had dreams about her. I even avoided the supermarket I’d met her at, which only served to remind me of her each time I went grocery shopping.

As I calmed down enough to see what she’d given me, I hated her less. Gradually, I grew to appreciate the seeds she’d planted inside of me. Today, I love her.

She was right. If I was ever going to be the strong, empowered, successful woman I wanted to be, I would have to start behaving like one. It wasn’t just going to happen to me and no one else could give that to me.

I took responsibility for myself, my finances, my future, and my story.

I learned to question every assumption and hold it up to a truth test: Would every person in this situation have a negative outcome? If the answer was no, which it virtually always was, then I needed to take action to create the best outcome possible.

I stopped blaming, making excuses, and complaining and started focusing on what I could do to make my life better. I quit spending time with victims and commiserating company. I changed the way I handled money, too. Instead of asking for a hardship discount, I sought out the best values and deals. I started speaking, thinking, and behaving as though I was an up-and-coming success who just had to bridge the gap between here and there.

The lady in the grocery store was right, life didn’t owe me anything, but when I changed my story and came to my own rescue, life gave me everything.

Try it yourself. Leave me a comment and tell me one thing that you’re going to change about your story.