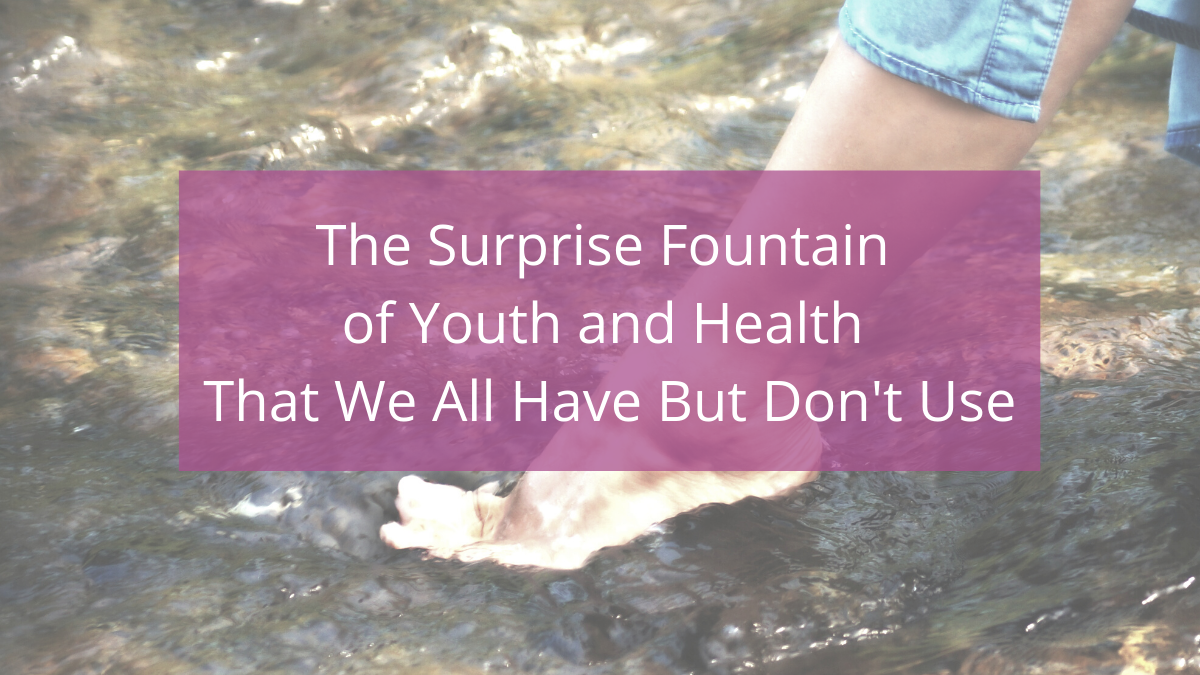 In the 1700’s, Native Americans were observed to be a culture that venerated aging. The elders were considered wise, most valuable, and honored. On the same soils—three-hundred-years-later—a culture of age resisting people spends billions of dollars fighting to stay young. We buy products, have surgeries, and flock to the latest innovations—all the while espousing a woes me aging sucks doctrine.

What if we’ve got it all wrong? What if we’re responsible for both ageism and a good deal of our own aging?

As Swiss psychologist, Carl Jung plainly put it, “What you resist persists.”

Could it be that our focus on fighting aging accelerates it?

According to science, YES.

“In 1981 psychologist Ellen Langer from Harvard University conducted a unique experiment to find out what would happen when a group of eight elderly men were given the experience of living 20 years earlier. She and her team created a living environment complete with food, films, photos from the period. The group discussed news, politics and sport in the present tense as if they had travelled back in time.

Astonishingly the group became physically and psychologically younger. Their hearing, grip strength and manual dexterity improved. Memory and IQ scores also improved. Because their minds were actively engaged in living 20 years earlier, their bodies seemed to follow. Ellen believes this is a demonstration of how our bodies don’t let us down as we get older, it’s our minds that accept the labels of aging. Freeing ourselves from that state of mind can turn back the clock.”—BBC, The Young Ones (emphasis added)

There you have it, all the way from Harvard—sans any “woo woo” talk. It’s your mind that lets you down, not your body.

I’m always baffled at how challenging it is to convince someone that the mind has healing powers, while at the same time it’s a no-brainer to persuade them that they worry themselves sick.

If the mind has the power to think stressful thoughts that cause headaches, nausea, ulcers, exhaustion, and more, then it shouldn’t be a stretch to accept that thinking peaceful and happy thoughts contributes to your good health.

Decide that you’ll stop running from and resisting age and illness, and instead embrace your mind as a proven fountain of youth.

You are what you think, so think beautiful, loving, vibrant, compassionate, and sexy thoughts.